In my inbox this morning– 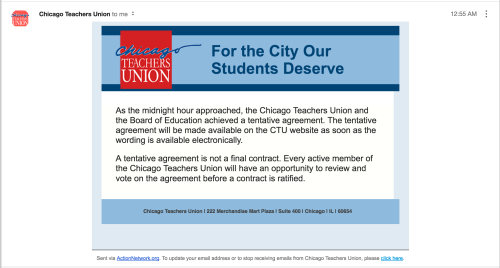 Congratulations to CTU for reaching a tentative agreement with a School Board that has been under the control of a career politician whose ideas about education are dangerously misinformed (foreshadowing, anyone?).

As we head into our last week of preparations for the looming strike set to begin October 19, the CTU settlement offers two important lessons for us.

And that’s why, as we approach October 19, we must remember these two simple points.

We know more about what our students and our system needs to succeed than somebody who has never done our job or even thought much about it.

We’re a lot more committed to the success and well-being of our students and our system than the person who’s letting tax payers give him $345,000/year to do nothing that discernibly helps anyone in the system learn or teach more successfully.

Just being right isn’t enough. Neither is being convinced that we’re right. We have to stand together, on picket lines if that’s what it comes to–and send the message loud and clear that we’re not greedy or lazy, and we’re not “teaching machines”; we’re hard-working people who know what we’re doing, and what the Chancellor wants is wrong for everyone who can’t jump ship whenever he feels like it. We have to push back against a politician who knows almost nothing about higher education so he doesn’t get to sell out 100,000 students, 6000 faculty/coaches, and thousands more staff and workers, for his personal political ambitions. 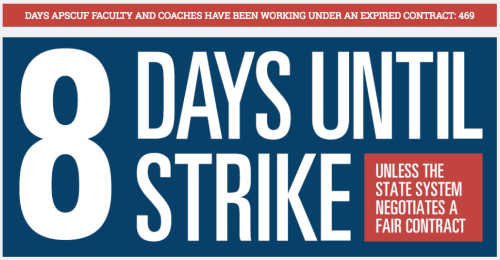 2 responses to “Good News from Chicago”